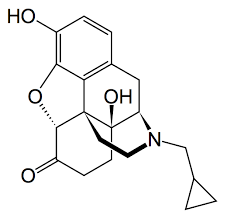 What Is Low Dose Naltrexone (LDN)

Low Dose Naltrexone is an FDA-approved naltrexone, in a low dose, can normalize the immune system — helping those with HIV/AIDS, cancer, autoimmune diseases, and central nervous system disorders.

What Is LDN Used For

LDN is used along with homeopathic care in many clinical condition including those listed below where the immune system is in an autoimmune state.

By David Gluck, MD from LowDoseNaltrexone.org

"in summary, if you have one of the many diseases that have been reported as benefiting from LDN and have neither of the improbable contraindications that I’ve noted above, then by all means, why not consider getting started on LDN.”

"I was recently asked to write an article about low dose naltrexone for a USA magazine called Natural Solutions. The editor planned it to be a response to a person with an autoimmune disease, who is wondering about possibly using LDN. Here is that piece, with a few minor modifications. It contains  the sort of information that might be useful for any new potential user of LDN:

“Low-dose naltrexone (LDN) is just an off-label use of the FDA-approved drug naltrexone. Any physician can write the prescription for you. Rather than the original 50mg daily of naltrexone for those addicted to narcotics or alcohol, LDN is used at doses no higher than 4.5mg (nor lower than 1.5mg) and is generally taken at bedtime.

The major mechanism of action of LDN involves blocking the body’s opioid/narcotic receptors for just a very few hours (rather than the all-day blockade caused by the 50mg dosage). Those are the same receptors used by the body’s endorphins. The body responds to this by greatly increasing its endorphin production, and those higher levels last all day -- far after the blockade by LDN has ended. Endorphins turn out to be the major normalizer/upregulator of one’s immune system.

We have already noted positive benefits from LDN in those with HIV, any autoimmune disorder, many cancers, Parkinson’s disease, motor neuron diseases (such as ALS), COPD, and in childhood autism.

LDN has been especially popular for a great number of people who suffer from MS because it is beneficial in a high percentage of patients and it is the antithesis of the spectrum of “approved” anti-MS medications, which are questionably effective, often painful and problematic to use, are sometimes dangerous, and are always expensive. LDN, in contrast, is almost always effective, easy to use, non-toxic, easily affordable and it has virtually no significant side effects.

Because naltrexone has been a generic drug for many years now, no large pharmaceutical company will invest any money in the large research costs needed to gain FDA approval of these special new off-label uses of the medication. No one makes any significant money from sales of LDN! Nonetheless, there have been many small clinical studies of LDN performed at outstanding medical centers, all showing it to be safe and effective. Check my website for detailed information on the research [www.ldninfo.org/ldn_trials.htm].

In MS alone, there have been two very promising studies. One, out of a group of hospitals in Milan, Italy, showed that of some 40 patients with Primary Progressive MS (for which there is NO recognized treatment) who were treated with LDN over a period of 6 months, only one patient showed any sign of progression! The other study, performed by one of the best neurology departments in the USA, at UCSF, was very brief, but showed that within 8 weeks of LDN treatment there were already statistically positive improvements.

There are only two substantial contraindications to LDN’s use. The first is that the potential user must not be dependent on daily narcotic-containing pain medications. Remember that naltrexone is a pure opioid antagonist, so even one little capsule of LDN taken by such a person might well lead to a prompt and dangerous withdrawal reaction. The other contraindication is based on a supposition: we believe that anyone who has had an organ transplant, and thus must take daily immunosuppressant medications, ought not start using LDN, which reliably strengthens one’s immune system.

Use of LDN is generally compatible with all other treatments or medications, with these few caveats:

Use of any narcotic-containing pain medication during the same few hours (about 5 hours) of LDN’s activity is unwise because LDN will block that drug’s effect.

Use of immunosuppressant medications for any length of time will act to counter LDN’s benefits, most of which are based on its ability to normalize the immune system.

Because LDN is a prescription drug that is made by compounding pharmacies, and because there is a rather high rate of error in compounding the occasional drug, I strongly recommend using only compounders that are recognized for their expertise in compounding effective supplies of LDN. On my website’s home page [www.ldninfo.org], there is a list of pharmacies in the USA, Canada, and the UK, highly recommended for LDN, which have proven themselves over many years. They all ship it to you promptly and are inexpensive.

How Does LDN Work?

Clinical Rheumatology: "The Use of Low-Dose Naltrexone (LDN) As A Novel Anti-Inflammatory Treatment For Chronic Pain."
https://www.ncbi.nlm.nih.gov/pmc/articles/PMC3962576/

Low-dose naltrexone (LDN) has been demonstrated to reduce symptom severity in conditions such as fibromyalgia, Crohn’s disease, multiple sclerosis, and complex regional pain syndrome. We review the evidence that LDN may operate as a novel anti-inflammatory agent in the central nervous system, via action on microglial cells. These effects may be unique to low dosages of naltrexone and appear to be entirely independent from naltrexone’s better-known activity on opioid receptors. As a daily oral therapy, LDN is inexpensive and well-tolerated. Despite initial promise of efficacy, the use of LDN for chronic disorders is still highly experimental. Published trials have low sample sizes, and few replications have been performed. We cover the typical usage of LDN in clinical trials, caveats to using the medication, and recommendations for future research and clinical work. LDN may represent one of the first glial cell modulators to be used for the management of chronic pain disorders.

The LDN Story: A Documentary About Low Dose Naltrexone
(59:27 minutes)